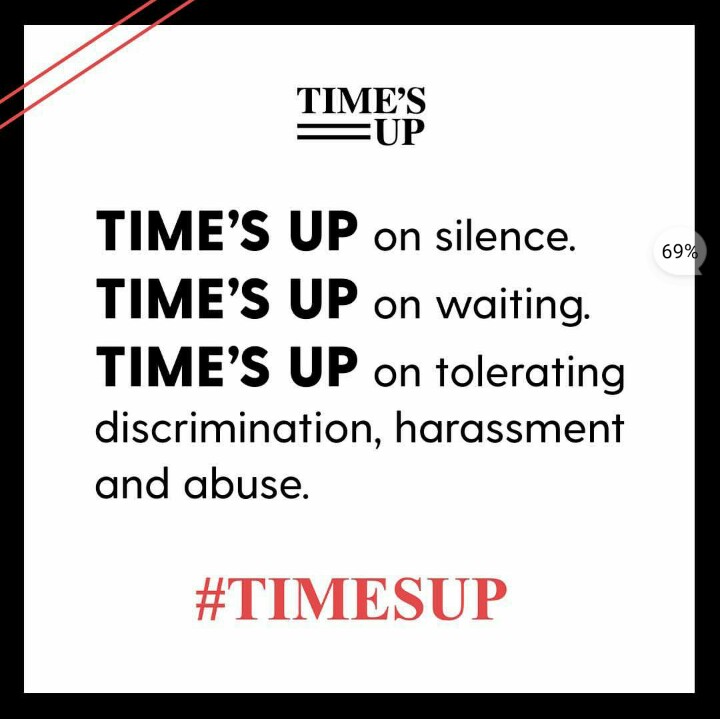 So this is a dedication post to the worldwide movement of timesup against sexual harrassment.

Now many of you will have noticed through your instagram or facebook lots of celebrities posting Timesup. Even the Golden Globes yesterday, you would have noticed everyone wearing Black to stand by this movement.

What is this movement?
It is a movement against sexual harassment towards ladies in the workplace and combatting on how before this they had no voice to battle this. How their voice was not heard if they spoke up.

But no more. With timesup, it is time for a change. It is time to speak without being afraid. It is time to be believed. I urge all of you to listen to the speech given by Oprah Winfrey in the Golden Globes to feel empowered. To be inspired.

In this new year of 2018, we can only think of going forward. To evolutionize. To stand against any form of discrimination because we don't live in a cave any more. We are moving towards a better future everyday.

Women, you know your worth. It is invaluable. Be the confident, brave and beautiful soul you are.
Even men, it may sometimes be underrated but it is not unheard of when men get sexually harrased. Do not let it stand. Do not let them bully you.

These days in society, the superior preys on anyone they think are inferior. Whether it is in the monetary form, status or whatsoever, it leads to harrasment at some point. So leaving gender aside, remember you have a voice. A voice that deserves to be heard. Do no be afraid.

The time is up to keep the silence. Time is up for harrasment to prevail is society.
#timesup

Reason behind Unicorn & Mermaid as the symbol of Rose Facemist ?
Nov 17, 17